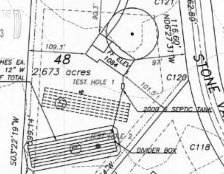 The Licking County Health Department works to prevent disease transmission and protect the quality of surface and ground water by performing inspections, enforcing sewage regulations, and providing education to homeowners. Programs include:

In an effort to gain a better understanding of Licking County resident’s water and sanitary sewer needs, the County is asking all of its residents, currently without service provided water or sanitary sewer, to take the survey at the link below.  Survey feedback will only be used for informational purposes and will not be tied to personal information.  The County would like to get feedback from the residents by the end of the year, 2022. Click here to take the survey. 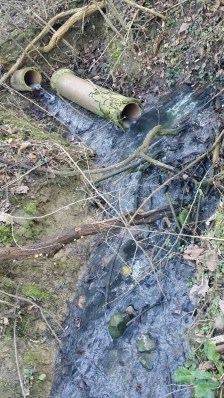 Anyone planning on purchasing a lot, or building on a lot, should have the site evaluated early in the process. Sewage system designs are based on site specific soil characteristics to protect ground and surface water resources, protect residents from exposure to sewage-borne disease, and reduce system failure in the future. The size, design and cost of installing a sewage treatment system vary depending on depth to seasonal water table or bedrock, slope, soil texture and permeability. Not all lots can be developed and served by an on-lot sewage treatment system. Limiting factors like flood plains, saturated soils, excessive slopes can make system design impossible or impractical.

A sewage system installation permit and operating permit must be obtained from the Health Department prior to installation. The installer must call to schedule an inspection prior to backfilling the system. LCHD performs a follow-up inspection on all new system installations 12 months after the system is completed to evaluate system performance and provide homeowner education. All new, altered and replacement systems must have an operation and maintenance inspection performed every year for systems using an off-lot discharging systems and drip irrigation systems or every five years for systems using a soil absorption. 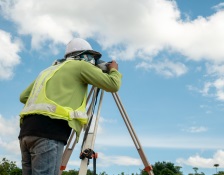 New lots created in areas of the county that are not served by public water and sewer are evaluated by the Health Department to determine if a household sewage treatment system can be placed on the lots. This evaluation provided by the department is preliminary. Then, a separate, more in depth, evaluation is required to ensure a proper Home Sewage Treatment System can be designed for the specific home that will be built on the lot. Additionally, the department reviews all subdivisions in the county developed in areas not served by public water and sewer. For more information review the forms below, or call (740) 349-6535. 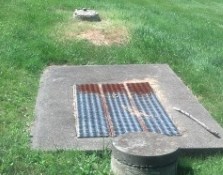 It’s estimated there are around 30,000 individual household and small commercial sewage treatment systems in Licking County. Under the new state rules, the Health Department is required to enroll all of these systems into a program, verifying proper operation and maintenance. With so many sewage systems, often lacking documentation on their location or design, LCHD officials estimate it may take 20 years to locate all of the systems and enroll them in the state mandated Operation and Maintenance Program.

The department began inspecting systems in 2016 in areas that have historically caused public health nuisances. The department has added new, altered or replaced systems, as well as those inspected due to a failure, and inspected as part of a home sale, to the O & M program. During 2014, LCHD staff inspected a 74 lot subdivision in Granville Township and found failure rates ranging from 36 percent for aeration systems, to 9 percent for septic tank systems. An additional 36 percent of aeration systems were not being maintained properly and needed serviced.

LCHD will begin Operation and Maintenance Program inspections in areas where, historically, high failure rates have been identified.

Beginning in 2017, systems that discharge sewage off-lot (to a ditch, stream, tile, etc) and drip irrigation systems will require annual inspections, and soil absorption systems (leaching, mound, etc) will require inspection every five years. Homeowners may have their systems inspected by a qualified service provider, by the Health Department, or with proper training and registration they will be able to perform their own inspections. 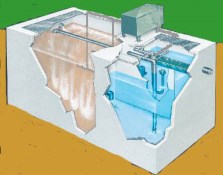 Semi-public systems serving small commercial applications are inspected annually by LCHD staff to verify proper system operation and maintenance.
Under an agreement with the Ohio EPA, the LCHD inspects sewage systems that service businesses and other non-residential buildings that generate less than 25,000 gallons of waste water a day.
Investigations of complaints regarding waste disposal by semi-publics are also accomplished locally.
LCHD issues annual Semi-Public System program bills May each year. The fee is dependent on the system size and design. 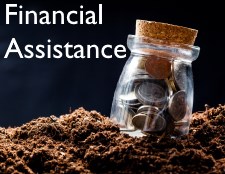 The Licking County Health Department (LCHD) has been awarded Water Pollution Control Loan Funds (WPCLF) from the Ohio Environmental Protection Agency (OEPA) that can be used to assist homeowners with the cost of repairing or replacing their failing household sewage treatment system (HSTS). The funds will be distributed on a first come, first served basis to eligible homeowners residing within Licking County with a HSTS in need of being repaired or replaced. Homeowners’ eligibility for this project will be based on their household income level. Homeowners will be required to submit their latest income tax return to LCHD to determine their eligibility level.

The eligibility guidelines have been established by OEPA, with grant funds awarded for 100%, 85%, or 50% of repair or replacement costs, depending on income levels. See the Fact Sheet for more info: 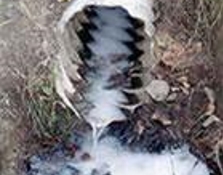 The Licking County Health Department protects our steams, rivers and lakes from pollution resulting from the discharge of inadequately treated sewage, wash water or other wastes. The Illicit Discharge Detection and Elimination program identifies collector tiles and storm drains that carry pollutants to the streams. These tiles are monitored to make sure that no sewage or other pollution is discharging. If a problem is found, the sanitarian will try to follow the tile to the source of the pollution and get corrective action taken. Common sources of illicit discharges include Cross-connections from sanitary sewers and floor drains, e.g., laundry wastewater, discharging or failing HSTS, automobile maintenance operations, spills from accidents, unauthorized industrial discharges, inflow and infiltration from sanitary sewers and open dumping.
If you know of a drainage tile, stream or ditch that you think we should add to our monitoring list, please call (740) 349-6535.